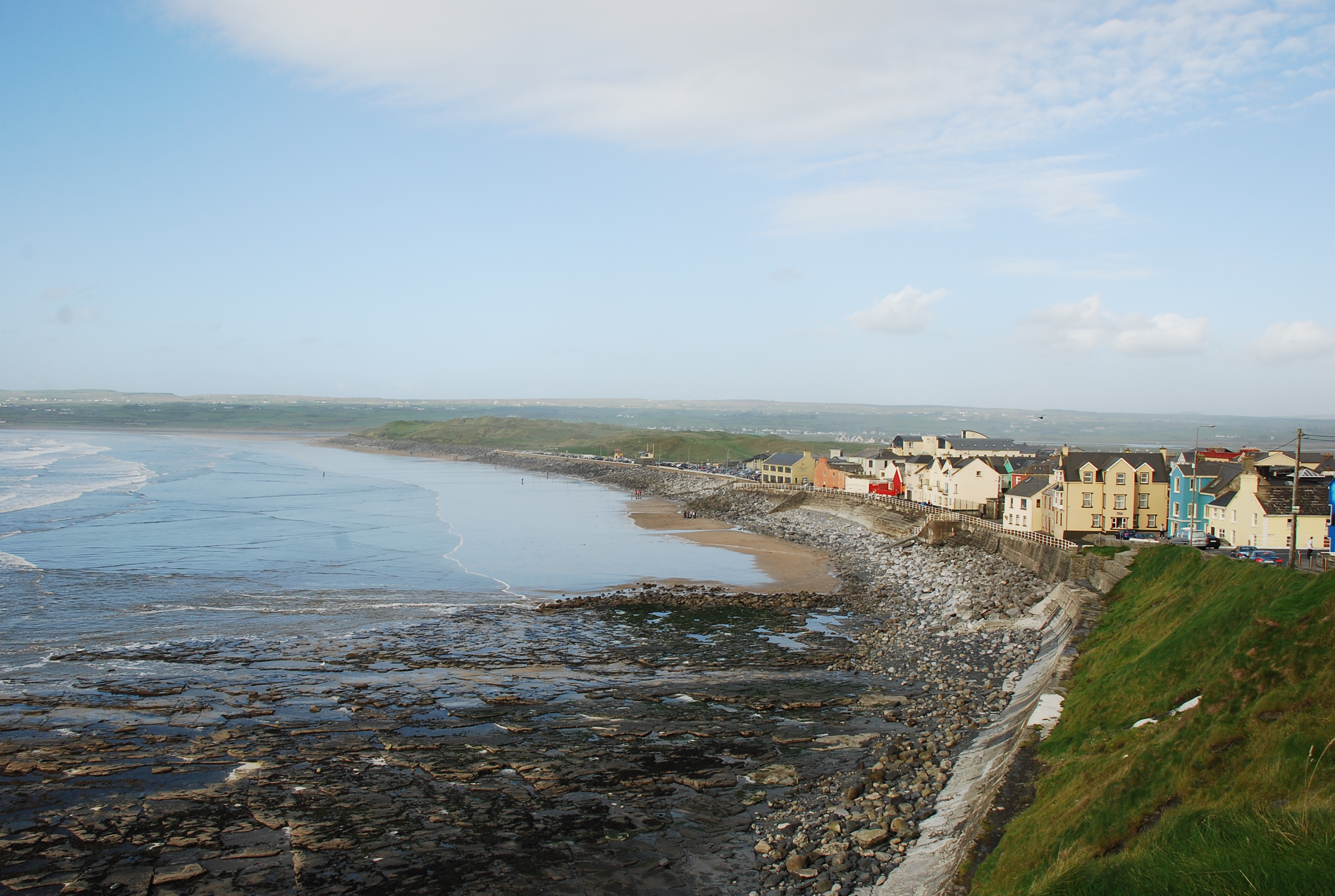 By Sarah DillonDecember 5, 2019No Comments

With investment from the Western Region Audiovisual Producers Fund (WRAP Fund), the new six part television series is written by Kate O’Riordan (Mr. Selfridge, The Bay) with local writers Ursula Rani Sarma (Clare), Daniel Cullen (Donegal) and Tom Farrelly and produced by Treasure Entertainment (Finding Joy, Handsome Devil) with BBC Studios. Smother is an investigative thriller about the secrets families keep from each other, set in a small town on the beautiful, wild and rugged coast of County Clare.

Assisted by the Clare County Council Arts Office, the series will be shot in Lahinch, County Clare for broadcast on RTÉ One with support from Fís Éireann/Screen Ireland and the WRAP Fund with BBC Studios distributing the project internationally. The series is currently in pre-production with casting underway and due to be announced at a later date.

Speaking on the announcement, Sarah Dillon, Development Manager, WRAP Fund said; “The WRAP Fund (WRAP) is delighted to support the production of such a high calibre television series as  “Smother” and welcome it to Lahinch, Co. Clare.  Not only will the series bring the beauty of the West of Ireland to audiences across the world; it gives a platform to local talent including writers Ursula Rani Sarma and Daniel Cullen working with Kate O’Riordan, to bring our stories to the screen. WRAP is focused on continuing to drive the success and growth of the screen industries in the West through strategic investment with the backing of our stakeholders – the Western Development Commission, Galway Film Centre, the local authorities in  Clare, Donegal, Galway, Mayo, Roscommon, Sligo, and Údarás na Gaeltachta.”

Writer and Executive Producer Kate O”Riordan said; “I wanted to make a drama about contemporary Irish women set in the west of Ireland – a dark twisting thriller with a focus on challenges of modern motherhood. When does selfless ‘mother love’ become smothering? In the aftermath of a tragic death, Val Ahern and her daughters will explore their difficult complex mother-daughter relationships while simultaneously dealing with the shocking realisation that one of them may have been driven to murder.”

Dermot Horan, Director of Acquisitions and Co-Productions at RTÉ said; “RTÉ is delighted to work with Treasure Entertainment and BBC Studios to bring more Irish drama to Irish audiences. Working with international partners enables RTÉ to develop more projects with Irish producers, directors, and writers. It also expands our drama slate and by being included in BBC’s international drama catalogue, it gives Irish projects a major global distribution platform to bring their talents to the world.”

Rob Walpole, Producer for Treasure said; “We are delighted to be working with BBC Studios and Kate O’Riordan, a writer whose work we really admire, to bring this captivating family drama to RTÉ viewers and audiences around the world. We also really very happy to have the much-valued support of Screen Ireland and the WRAP Fund as we embark on this new adventure.”

Tom Sherry, Head of BBC Studios Drama North and Scotland said; “I’m delighted we’re working with Kate and Treasure to bring this powerful and compelling TV drama series to the screen and to have won our first scripted commission for RTÉ.”

Michael Parke, Executive Producer for BBC Studios said; “It’s so exciting to be able to bring Kate O’Riordan’s gripping and emotionally truthful scripts to life. Kate’s take on the central but evolving role of the mother at the heart of Irish society rings so true but I am confident it will also resonate with audiences outside Ireland. Everyone has secrets they wouldn’t want their mother to find out…”

Lesley McKimm, Production Manager, Screen Ireland said; “We are delighted to support the production of Kate O’Riordan’s exciting new drama Smother, as part of Screen Ireland’s new focus on episodic TV drama. It’s great to see such enjoyably complex female characters being brought to the screen. We are also very happy to partner with Treasure Entertainment, BBC Studios, RTÉ and the WRAP Fund.”

The WRAP Fund is a unique initiative of the Western Development Commission and Galway Film Centre in association with the local authorities of Clare, Donegal, Galway, Mayo, Roscommon, Sligo and Údarás na Gaeltachta.