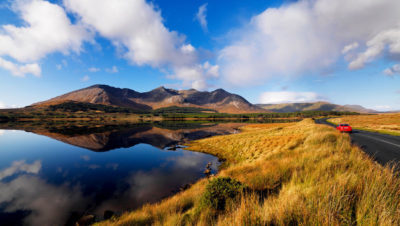 WRAP Congratulates Calm With Horses on receiving 5 IFTA nominations & the many West of Ireland Nominees. 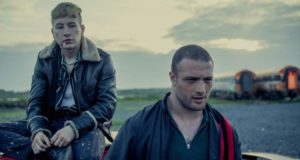 In addition the West of Ireland features heavily among the nominations with feature films Black 47 and Arracht, both shot on location in the WRAP Region, up for the best film award. Clare’s Two Pair Films have been nominated for best documentary for All Is Ruin Once Again and Donegal filmmaker Gary Keane’s Gaza is also in contention. Other WRAP talent to feature include actor Dara Devaney for his roles in Abú Media’s Finky and Arracht, Dónall Ó Héalaí, Owen McDonnell, Chris O’Dowd, and screen professionals Mark O’Halloran (Supporting Actor/Screenplay), Triona Lillis (Costume), Dearbhla Walsh (Directing), Padraig O’Neill (Production Design), Tom Comerford (Cinematography) and Michael Harte (Editing).

Connemara features in no less than three of the best film contenders and is also the backdrop for Ciúnas by Tristan Heanue which is nominated for best short film. The spread of nominations shines a spotlight on the world class talent emanating  from the WRAP region as well as the stunning locations and opportunities available for screen production in the WRAP counties of Clare, Donegal, Galway, Mayo, Roscommon and Sligo.

The nominees across 25 creative, craft and technical categories have been shortlisted by Irish Academy members, alongside a specialist Jury panel of industry experts from around the world. For a full list of IFTA nominations, visit the IFTA website here.

The WRAP Fund is an initiative of the Western Development Commission and Galway Film Centre in association with the local authorities of Clare, Donegal, Galway City, Galway County, Mayo, Roscommon, Sligo and Údarás na Gaeltachta.