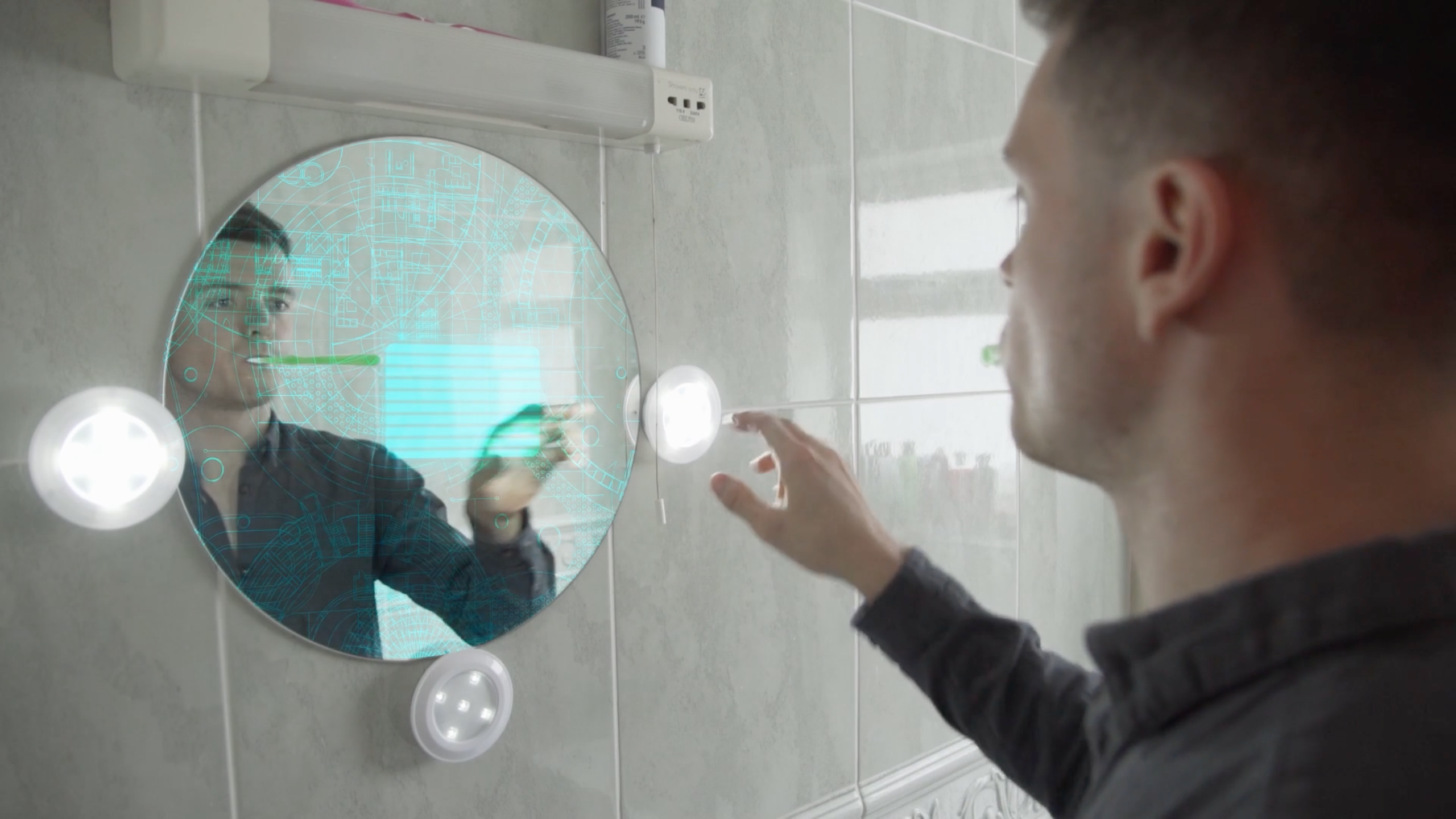 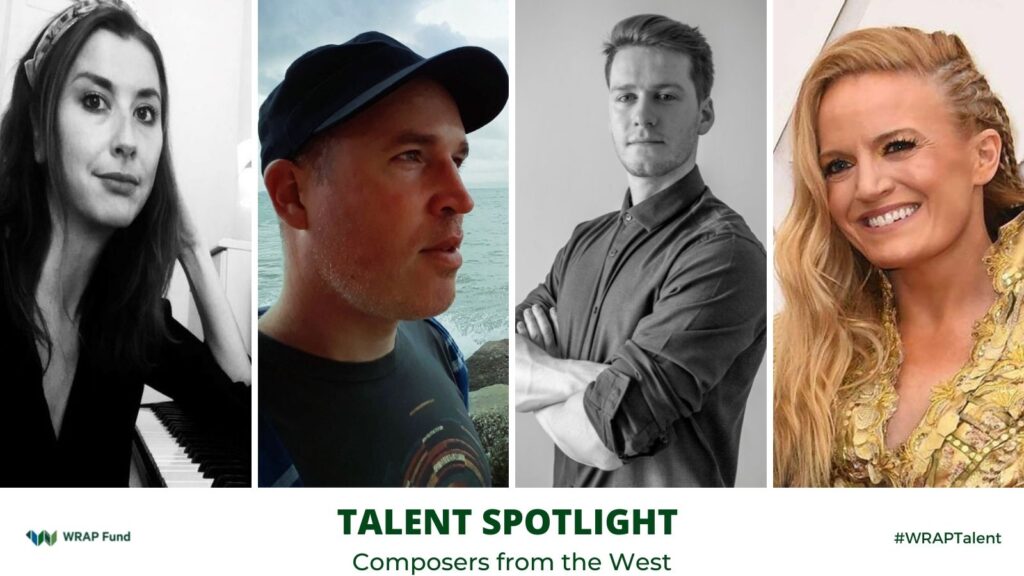 As the home of world class talent, the Western Region Audiovisual Producers Fund (WRAP Fund) launched the WRAP Talent Spotlight and Watchlist in 2021 to profile and celebrate established and emerging filmmaking talent. On the Spotlight and Watchlist this month, are some of the outstanding Composers from the West as well as a winning short film Loving Alex from the 48 Film Challenge which is celebrating its fifth year.

There are a host of internationally recognised Composers from the West of Ireland. The quartet highlighted as part of the Spotlight are multi-award winning and are commanding the attention of audiences across the world with their work on high profile film, television, animation, documentary and games projects.

Eimear Noone (Galway)
Eímear Noone is an award-winning composer and conductor from Kilconnell, East Galway composing extensively for film and videogame. As one of the world’s premier composers of games scores, Eímear is responsible for some of the most enduring soundscapes on World of Warcraft and other best-selling video games. Through her music on World of Warcraft, Eímear’s music has reached over a 100 million people and continually inspired players to invent and build new worlds for nearly 15 years. Her composition portfolio of 26 film and video-game titles have received multiple industry accolades including the “Hollywood Music in Media Award” for “Best Video Game Score”. Recently, Eímear composed the score for the WRAP Fund backed animated feature film, Two by Two: Overboard, which topped the UK Box Office in October 2020. She has also worked on film scores for directors such as Gus Van Sant and Joe Dante, orchestrating for Oscar nominee Javier Navarrette (Pan’s Labyrinth) creating haunting music for thrillers Mirrors and The Hole. She is currently scoring Legends of the Hidden Temple for the CW Network, The Last Singer Standing for ShinAwil/RTÉ and animated series The Wee Littles for world-wide distribution. Eimear often works with her partner Craig S. Garfinkle. Alongside composing, Eímear conducts orchestras worldwide – notably in 2020, Eímear made history by becoming the first female conductor to perform at the 92nd Academy Award’s ceremony.

Jake Morgan (Galway)
Jake Morgan is an emerging composer from Galway who specialises in creating original music for film, theatre, and video games. He composed the score for, Cumar – A Galway Rhapsody (directed by Aodh Ó Coileáin), the award-winning documentary that celebrates Galway and the west of Ireland. His other credits include feature films, Grace and Goliath, and Sooner or Later which have both seen worldwide distribution. Jake also has experience on the podium, and was appointed principal conductor of the Edinburgh Film Music Orchestra in 2017/18. He started his conducting journey at the Galway Youth Orchestra, training with Michael Dooley. He has been mentored by some of the most legendary people in the film music world including Cecilia Weston (Moulin Rouge, Love Actually, The Great Gatsby), Christopher Young (Spiderman 3, The Shipping News, The Exorcist), and Pete Anthony (How to Train Your Dragon 2, The Hunger Games, Dumbo). He studied composition at The Royal Irish Academy of Music and Windmill Lane Studios, Dublin. In 2015/16 he studied ‘Music Production for Games’ in Griffith College and in 2018 he achieved his masters degree from the University of Edinburgh in ‘Composition for Screen’.

Sarah Lynch (Galway)
Galwegian Sarah Lynch is an award-winning composer for screen who is best known for her scores to the following award-winning films, The 8th (Cowtown Pictures), the Tribeca selected documentary The Seeker (Topic), Tina Times Two (Dyehouse Films) as well as Hadi Hajaig’s revenge thriller, Don’t Leave Me. Sarah’s versatility as a composer has been forged through her background of performance and study in a variety of musical styles including classical, folk, experimental and rock working with an impressive range of artists including Hozier, Glen Hansard, Paul Brady, Shane McGowan, Mundy, Mumford and Sons, Ed Sheeran. She has also composed orchestral arrangements for prominent artists such as the legendary Mary Black. In July 2019, Sarah was chosen as 1 of 12 composers worldwide to participate in the prestigious ASCAP Film Scoring Workshop, which culminates in a 65-piece orchestral recording session at Fox Studios. She was the 2019 recipient of the Michelle and Dean Kay Award, which was presented to her in December at the Lincoln Centre in New York, by the ASCAP Foundation. She has been nominated for the Peer Rabin Music Award at the prestigious Soundtrack Cologne Festival, and for a Jerry Goldsmith Award for her composition, “Transient Thoughts”. Sarah is a board member of the Screen Composers Guild of Ireland and is represented by Juliet Martin of Silverstream Music.

Steve Lynch (Galway)
Steve Lynch is an award-winning composer based in Salthill, Galway. Notable drama work includes a synth-heavy score for Let Us Prey (Fantastic Films), a dark western score for An Klondike (TG4), which earned him an IFTA nomination in 2017, and a live orchestral score for Saving the Titanic (History Channel/PBS), also IFTA nominated in 2013. 2021 film work includes Chris Baugh’s critically acclaimed horror/comedy Boys from County Hell (Blinder Films/Six Mile Hill). In commercials – Steve has scored over 400 campaigns all over the world for brands such as Dolby, Nike, Xbox, BMW, Skoda and Mercedes Benz. 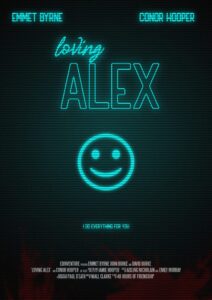 2021 marks a milestone fifth year of the Little Cinema & UNESCO Galway City of Film 48 Hour Challenge. Since 2017, the Challenge has supported filmmakers from all backgrounds and skill levels to come together to write, shoot and edit a 5-minute film in just 48 hours. Celebrating and encouraging filmmaking in the West of Ireland, this unique initiative has seen 43 films made, 30 prizes awarded and welcomed 300 participants over the last five years. Past winners include Liza Bolton’s The Postcard (2017), Conor & Ronnie Quinlan’s Connection Interrupted (2018), Conor & Jamie Hoopers’ Loving Alex (2019), House of A Thousand Eyes (2020) & Katie McNiece’s Whale Fall (2021).

Loving Alex scooped the Best Film Award at the 2019. Shot over 48 hours in Galway City with no budget, love, jealousy and control all play their part in this dark comedy. For Dan (played by Emmet Byrne), Alex (played by Conor Hooper) is more than a virtual assistant; he’s his soulmate. Written and directed by Jamie Hooper, a host of WRAP talent feature including Cinematographer Paul D’Eath (Galway), co-editor Aisling Ní Chúláin (Galway) alongside Emily Murray, Sound Designer and Composer Niall Clarke (Galway) and actors John Burke (Sligo), and David Burke (Galway). Following it’s triumph at the Challenge, the film went on to screen at the Galway Film Fleadh.