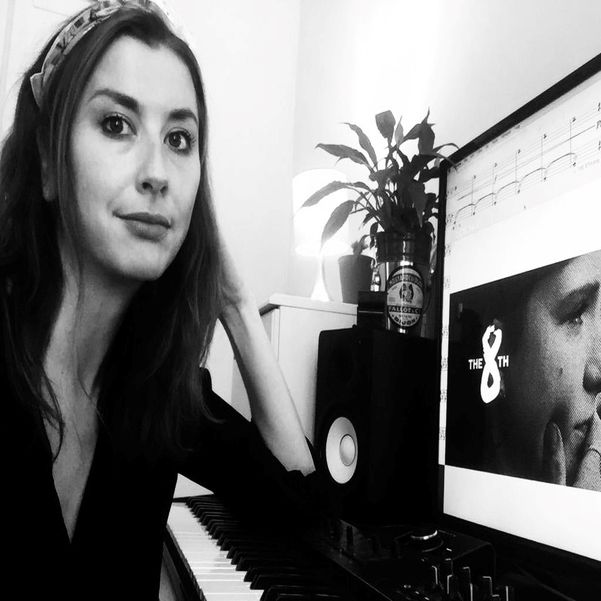 Galwegian Sarah Lynch is an award-winning composer for screen who is best known for her scores to the following award-winning films, The 8th (Cowtown Pictures), the Tribeca selected documentary The Seeker (Topic), Tina Times Two (Dyehouse Films) as well as Hadi Hajaig’s revenge thriller, Don’t Leave Me. Sarah’s versatility as a composer has been forged through her background of performance and study in a variety of musical styles including classical, folk, experimental and rock working with an impressive range of artists including Hozier, Glen Hansard, Paul Brady, Shane McGowan, Mundy, Mumford and Sons, Ed Sheeran. She has also composed orchestral arrangements for prominent artists such as the legendary Mary Black. In July 2019, Sarah was chosen as 1 of 12 composers worldwide to participate in the prestigious ASCAP Film Scoring Workshop, which culminates in a 65-piece orchestral recording session at Fox Studios. She was the 2019 recipient of the Michelle and Dean Kay Award, which was presented to her in December at the Lincoln Centre in New York, by the ASCAP Foundation. She has been nominated for the Peer Rabin Music Award at the prestigious Soundtrack Cologne Festival, and for a Jerry Goldsmith Award for her composition, “Transient Thoughts”. Sarah is a board member of the Screen Composers Guild of Ireland and is represented by Juliet Martin of Silverstream Music.

For Sarah, “The rich landscape of my ancestral home of Connemara, coupled with the artistic prowess of Galway city, and strong music and song tradition of my hometown of Tuam has definitely played a part in the development of my sound and style of composing.”