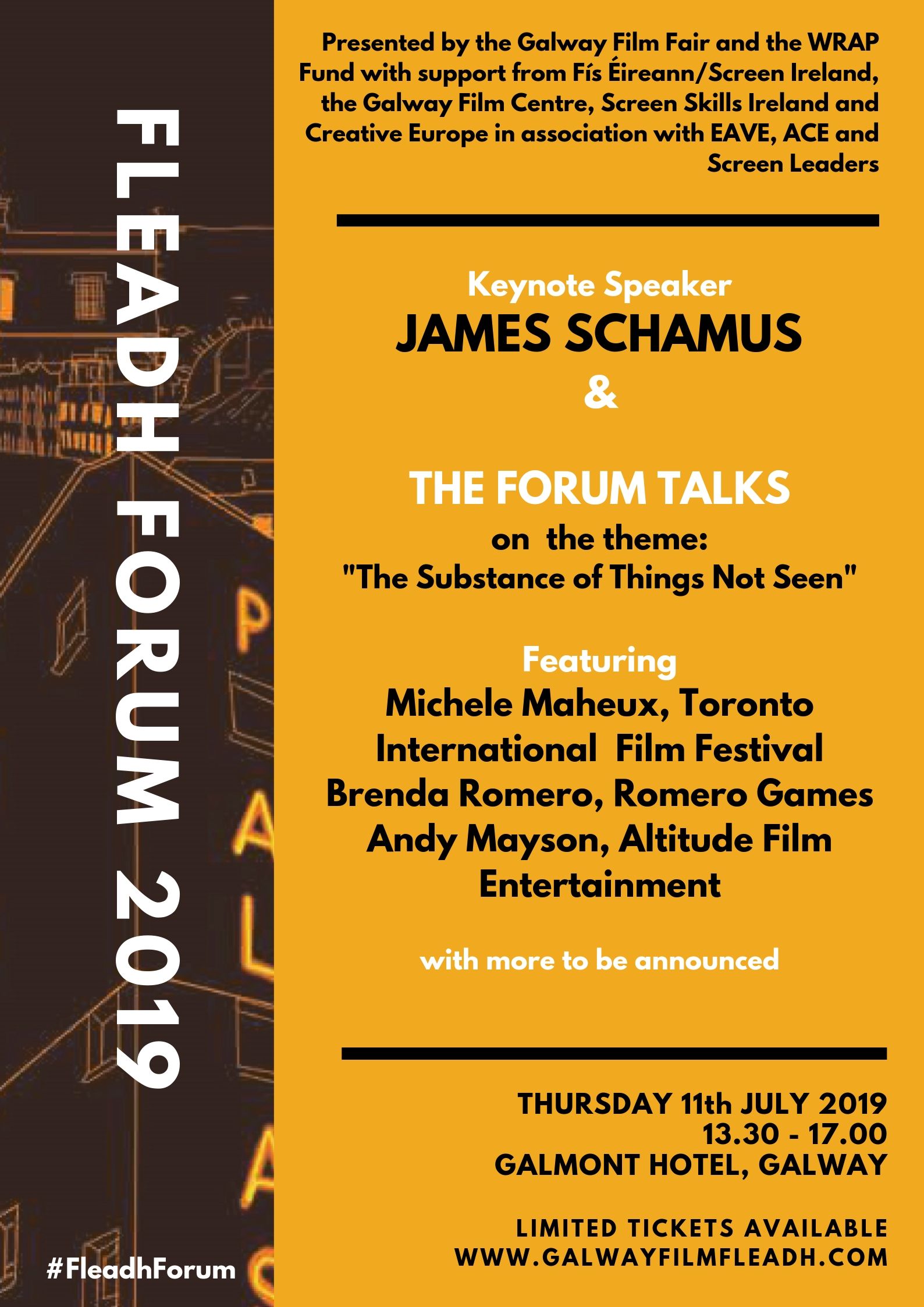 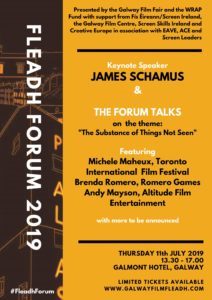 Maheux, Mayson and Romero To Present

The Fleadh Forum 2019 is delighted to announce further speakers joining the line-up of the event. Industry experts, Michele Maheux, Brenda Romero and Andy Mayson will present at the conference in addition to  previously announced keynote speaker James Schamus.

Andy Mayson is the Co-CEO of Altitude Film Entertainment and formed the Group with Will Clarke in 2012, producing Big Game (starring Samuel L. Jackson) and Executive Producing films such as Whitney, Kill Your Friends, The Girl With All the Gifts, 47 Meters Down, Ghost Stories and Maradona. Altitude also has its own international sales company, having represented over 50 titles thus far, as well as its own UK distribution entity, releasing over 30 titles to date, including Oscar winners 20 Feet From Stardom, Amy and Moonlight.

Brenda Romero is a BAFTA award-winning game designer, artist and Fulbright recipient who entered the game industry in 1981. She has worked on over 50 games, including seminal titles in the Wizardry, Ghost Recon and Dungeons & Dragons franchises. Away from the machine, her analog series of games, The Mechanic is the Message, has drawn national and international acclaim. Most recently, in 2018, she received a Lifetime Achievement Award (the Bizkaia award) at the Fun and Serious Games Festival in Bilbao, Spain, and the inaugural Grace Hopper Award presented by Science Foundation Ireland at the Women in Tech conference.

After 30 years at the Toronto International Film Festival (TIFF), Michele Maheux has branched out on her own.  With nearly 40 years of operating experience in the motion picture industry, the past 23 as Executive Director/COO of TIFF, Maheux now provides coaching and consulting services to C-Suite individuals in the arts, culture, film, and various non-profit industries.  In her decades working at TIFF, and previously in the Exhibition & Distribution industry, she has amassed considerable experience in assessing film projects for their potential to reach audiences and find successful avenues for dissemination.

Presented by the WRAP Fund and the Galway Film Fair, with the support of the Fís Éireann/Screen Ireland, the Galway Film Centre and Screen Skills Ireland, with Creative Europe, the Fleadh Forum is celebrating its 10th  year. A key event of the Galway Film Fair, it is an annual platform to explore and share ideas about what is happening in the audiovisual industry, delivering a unique opportunity for filmmakers and industry professionals to come together and exchange news and views.

In addition to the keynote address and interview with prolific Writer/Director/Producer and former CEO of Focus Feature, James Schamus (Dallas Buyers Club, Lost in Translation, Milk, The Pianist), the conference will present a series of short, direct presentations (8-12 mins) from a carefully curated panel of  industry experts on the theme of “The Substance of Things Not Seen”. Maheux, Mayson and Romero and a host of other speakers will use their unique perspectives on the film industry to shed light on traditionally unseen but vital elements of cinema. Topics will cover sales and distribution, film festivals, post-production, the creative process and much more.

Tickets are now on sale. Further speakers will be announced shortly.

Booking Info: The Fleadh Forum will take place in the Galmont Hotel 13.30 – 17.00 on Thursday 11th July 2019.  Tickets for the event are €15 and available from HERE. Early booking is advised as tickets will be limited.