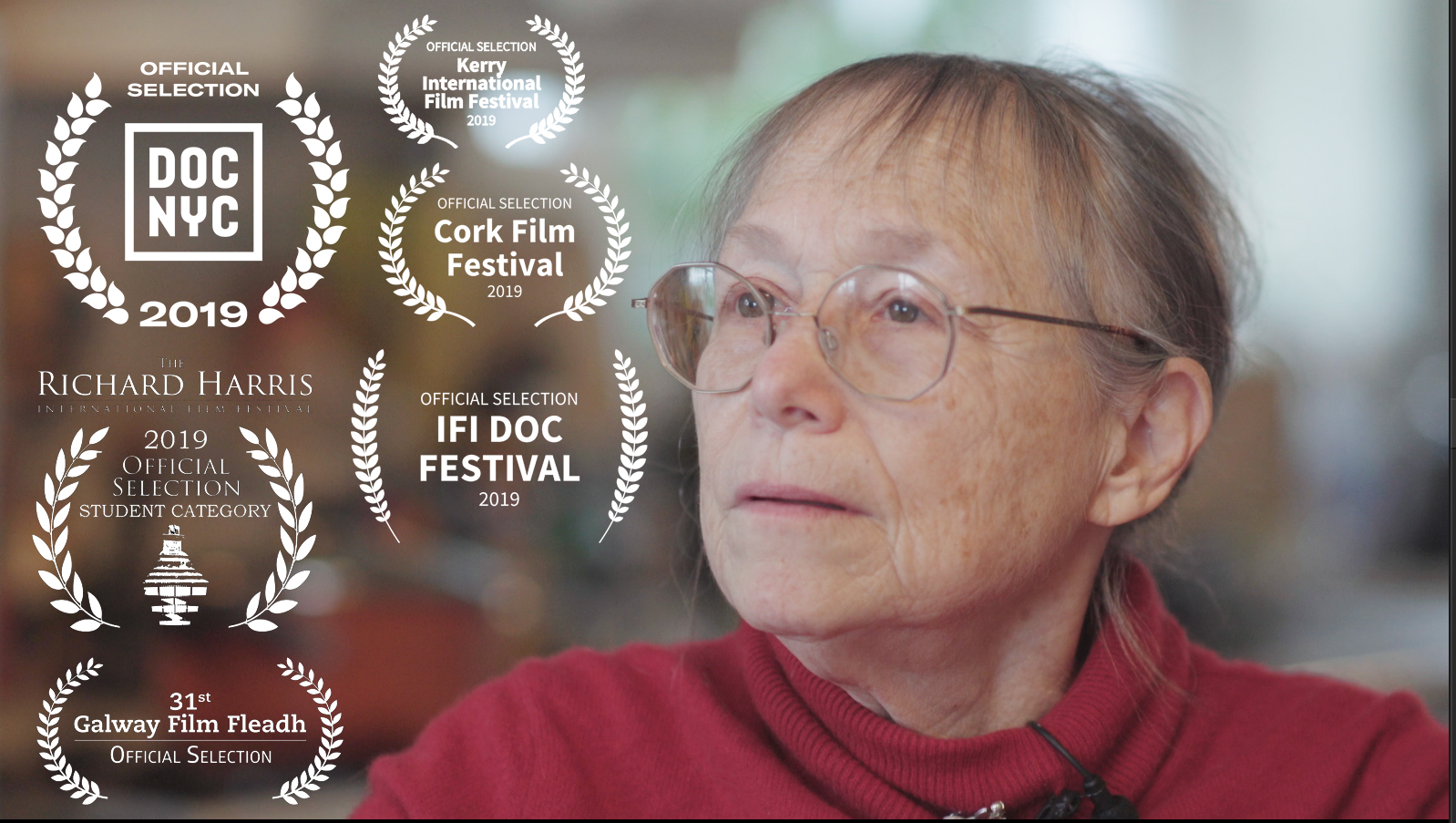 By Sarah DillonApril 8, 2021No Comments

Following the successful launch of our Talent Spotlight and WatchList in February, the Western Regional Audiovisual Producers Fund (WRAP Fund) is proud to profile a new cohort of talent featuring a host of award winning Editors from the West of Ireland and Peter Kilmartin’s debut short documentary The Sunny Side Up.

The WRAP Fund is delighted to profile some of our hugely talented Editors from across the region. The six have been nominated for Emmys, BAFTAs, IFTAs and Grierson awards and are commanding the attention of audiences across the world with their award winning editing work on high profile film, documentary and TV projects.

Breege is an experienced multi award winning freelance film and television editor. She is based in Mayo and also has an edit suite in Dublin. She has been editing drama and documentaries for the past twenty-five years including feature films (drama and documentary), television documentary series & one-offs, short films, music videos and adverts. She took part in the Sundance Feature Film and Documentary labs for six years, where she worked alongside the best in all departments in the business. In her twenty-five years of editing, she has had the opportunity to work with world renowned producers and directors here in Ireland and abroad. These relationships have delivered great stories for both the cinema and television industry, picking up several awards along the way both for her drama and documentary projects. Breege is all about the art of storytelling.

For Breege, “I love the art of storytelling; in whatever form it takes. I love the light in Mayo and the way I see it, if you want the rainbow, you got to put up with the rain.”

Connie is a French-American film editor who enjoys risky projects. She is known for her keen sense of structure, an ability to intuit from the material, and creative flexibility. In addition to editing drama and documentary, she often collaborates with experimental filmmakers and visual artists including Alice Maher, Denis Farrell and Áine Phillips, among others. She recently edited a feature documentary by Vivienne Dick, New York Our Time (winner Best Documentary, Dublin Film Critics’ Circle Awards 2020), and is currently developing A Stillness Within (working title) with Swiss artist Victorine Müller, a feature film that explores the tension between Müller’s immersive and contemplative work in a contemporary world. She is based in Connemara and France, but also has been working remotely for years.

For Connie, “there’s a freedom to living and working in Connemara. People here are generous, welcoming and not afraid of hard graft, so obstacles tend to melt away. I think the wild landscape has influenced me as an editor, helping me to see unique structures, track a character’s emotional compass, weave together intricate story layers—and most importantly, to embrace a challenge.”

David Stevens has been editing for 15 years.  3 years ago, along with Producer Eileen Rafferty, he setup The Bothy.  A premium edit suite and production facility nestled in the hills of Donegal overlooking the Atlantic Ocean, The Bothy is a creative haven offering filmmakers the opportunity to work away from the city in spectacular and inspirational surroundings. David’s work includes acclaimed feature Everyone’s Going To Die and feature doc Shelter Me, executive produced by Oscar nominated filmmaker Jim Sheridan, plus TV series for Channel 4, Channel 5, Sky and RTÉ.  He has cut award winning commercials for clients such as Sony, Lexus, Mercedes, Sainsbury’s and The Sunday Times. His promo work features artists including Harry Styles, Years & Years, Rudimental, Elton John and Mick Jagger, garnering multiple UK Music Video Awards and accumulating over 510 million views online.

“Being in Donegal was a long held dream” for David, “it is a place where I have always felt like the best version of me.  To be able to look up from my screen and gaze at the ocean is a blessing and to be able to step away from a tricky problem by taking a walk on the beach or jumping in the sea is inspirational.  Being here has also allowed a wonderful work life balance, with my kids being close to their family, playing in the great outdoors and growing up in a truly warm and caring community.”

Galwegian John Murphy is an Editor working across drama and documentary. Among his credits are the feature documentaries, Jihad Jane, Mattress Men, Crash and Burn, Photo City and the drama films Standby, King of the Travellers and Fanacht. For television, he has cut multiple IFTA winners and a whole host of docs ranging from profiles of cultural icons in sport and music to history and politics. His work has premiered at Sundance, SXSW, HotDocs, Sheffield, DocPoint and Doc Leipzeig. In 2018 he was nominated for the best Editor by the Irish Academy.

Mary has been working as freelance editor for over 20 years on all kinds of projects from reality TV to feature films and documentaries. Originally from Carndonagh in Co. Donegal, Mary started her editing career in Galway. Currently based in Dublin, she is happy to work anywhere if the job is interesting – and especially if it’s in the West where she has many family and work connections. Mary is equally comfortable with English or Irish language content, and has edited documentaries with legendary directors such as Bob Quinn, and Louis Marcus, as well as the late (and much missed) Mary Raftery. In recent years, she’s been working more on drama projects, including editing her first feature film, Tom Sullivan’s critically acclaimed Arracht. It has won awards at home and abroad over the past year including Best Irish Film at Dublin International Film Festival (DIFF) 2020. Another feature film Mo Ghrá Buan is currently in post-production, as is a feature length drama documentary The Queen v Patrick O’Donnell.

“Donegal people are great storytellers, and that’s something I grew up with in my own extended family, and something that has always come naturally to me and been very useful in my career as an editor. We’re also straight talkers, which can save a lot of time in edit rooms!”

Donegal native, Michael Harte is a multi-award winning Editor. Currently based in London, Michael began his career on RTÉ’s The Savage Eye and has a decade of experience working on top BBC and Channel 4 productions. His work on the critical and commercial hits Three Identical Strangers and more recently the Netflix documentary series Don’t F**k With Cats have led to Emmy, BAFTA and IFTA nominations and many awards including a BAFTA for Best Factual Editing. Other credits include On The President’s Orders, Educating Cardiff/ The East End, Reported Missing, The Undateables, One Killer Punch, 999 What’s Your Emergency, Hugh’s Fish Fight, Child Genius and the Grierson-nominated No Place To Call Home.

WRAP WATCHLIST: THE SUNNY SIDE UP 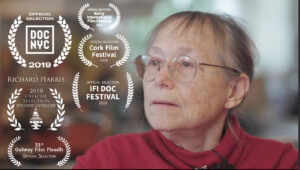 Roscommon filmmaker Peter Kilmartin’s award winning short documentary The Sunny Side Up is now available to view as part of the WRAP Watchlist series. The uplifting film tells the remarkable story of Peter Pringle and Sunny Jacobs who both served years in prison for crimes they did not commit. After being exonerated, what are the chances they would both meet and fell in love in the West of Ireland?

The film was made as the Directors graduation film at the National Film School IADT. It was selected for the prestigious Doc NYC Festival in 2019 and screened at festivals all over the world including the Galway Film Fleadh, Cork International Film Festival, Toronto Irish Film Festival and IFI Doc Fest. It was awarded the SMEDIA Best Short. Peter runs the content creation company Spicy Dog Media which produces high impact content for clients worldwide from it’s Roscommon offices.

Watch THE SUNNY SIDE UP

The WRAP Fund was established in 2018 to incentivise production in the region and support local talent. Encompassing counties Clare, Donegal, Galway, Mayo, Roscommon and Sligo, recent WRAP backed productions include Calm With Horses, Two By Two Overboard and Smother.