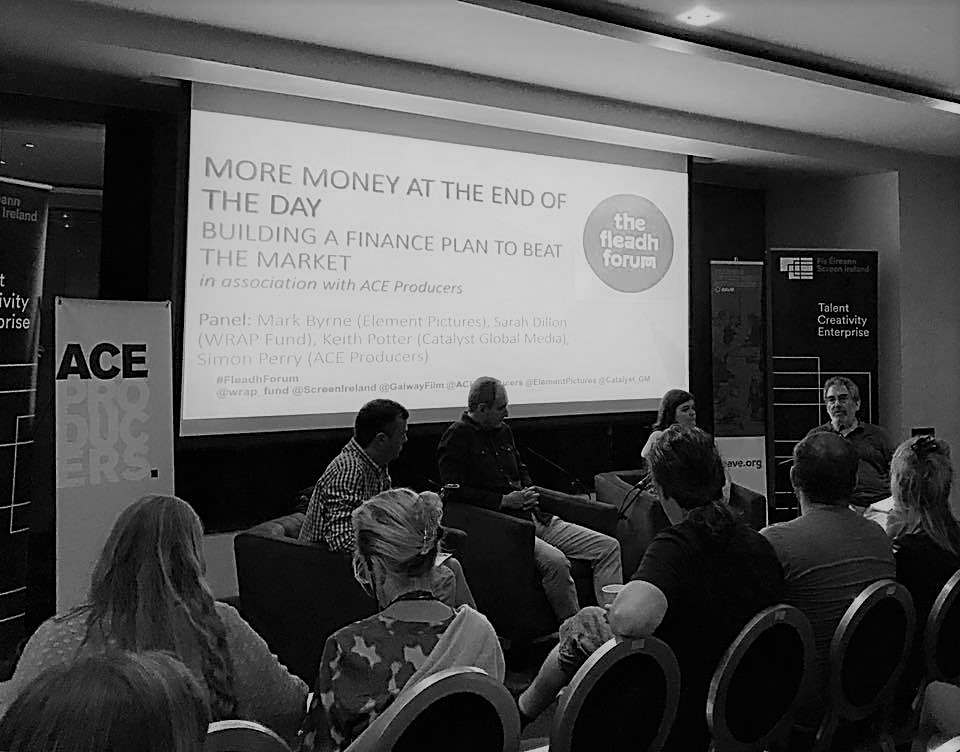 Kelly, O’Halloran and Speta Complete the Line Up 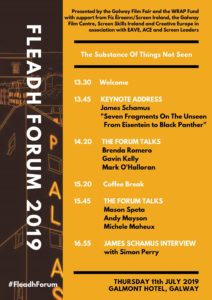 The full schedule for the Fleadh Forum 2019 has been revealed with Gavin Kelly, Mark O’Halloran and Mason Speta completing the fantastic line up of speakers. They will join James Schamus, Michele Maheux, Brenda Romero and Andy Mayson as part of the roster for this key industry event at the Galway Film Fleadh on Thursday 11th July.

Gavin Kelly is founding partner and creative director at Piranha Bar Dublin. He directs animation, visual effects and live action, frequently on the same project. He has 25 years of experience using cutting edge tools to create compelling characters, impressive worlds and stories. After a degree in Fine Art, Gavin went on to absorb the emerging fundamentals of computer graphics at post-production companies in Dublin as compositor, designer and animator. In 2002 he co-founded Piranha Bar, a new studio that used creativity to unleash the power of the latest technology in animation, VFX and editing. Through his creative leadership at Piranha Bar, Gavin has built a dream team of talent and expertise driven by a passion for great content and creative technology. The studio has grown into a celebrated and award winning commercials and content production company specialising in high-end animation and visually driven live action for global audiences.

Mark O’Halloran’s writing credits include the multi award winning films Adam & Paul, Garage, the television series Prosperity and Viva a Spanish language feature. He has also written Citizen Lane and the soon to be released, Rialto. For the stage he has written the plays Trade and most recently contributed text to the award-winning theatre production Lippy. He has also written a libretto for the award winner opera, Mary Motorhead. He has also co-written the upcoming Beckett’s Room, with Dead Centre that premieres at this year’s Dublin International Theatre Festival. Mark is also works as an actor, most recently appearing in Shane Meadow’s Channel 4 drama The Virtues. He also played in Adam & Paul, Dublin Oldschool, the forthcoming Sky TV series, The Devils, Cellar Door and History’s Future. Mark also works as a script editor and teacher.

Mason Speta joined NEON’s acquisitions team in July 2018. In her time at NEON thus far, she has most enjoyed screening hidden gems at festivals and working on the releases for Parasite and Border. In her spare time, she haunts NYC repertory theaters and brunches with other young women in film. Prior to joining the team at NEON, she spent a year at ICM Partners, becoming versed in independent feature casting and financing. Mason graduated from Columbia University in 2017, where she studied film and business, and helped lead the fencing team to two back-to-back NCAA championships. 2018 was a record-breaking year for NEON, with the release of Craig Gillespie’s runaway hit I, Tonya starring Margot Robbie and the Academy Award winner for best supporting actress, Allison Janney, as well as Tim Wardle’s Three Identical Strangers, winner of the Sundance Special Jury Award for Storytelling, which has surpassed $13m at the box office. Three years after inception, the US distribution company continues to push the boundaries and take creative risks on bold content.

Presented by the WRAP Fund and the Galway Film Fair, with the support of the Fís Éireann/Screen Ireland, the Galway Film Centre and Screen Skills Ireland, with Creative Europe, the Fleadh Forum is celebrating its 10th year. A key event of the Galway Film Fair, it is an annual platform to explore and share ideas about what is happening in the audiovisual industry, delivering a unique opportunity for filmmakers and industry professionals to come together and exchange news and views.

In addition to the keynote address and interview with prolific Screenwriter/Director/Producer and former CEO of Focus Feature, James Schamus (Dallas Buyers Club, Lost in Translation, Milk, The Pianist), the conference will present a series of short, direct presentations from the carefully curated panel of industry experts on the theme of “The Substance of Things Not Seen. Topics will cover sales and distribution, film festivals, post-production, the creative process and much more.

Booking Info
The Fleadh Forum will take place in the Galmont Hotel 13.30 – 17.00 on Thursday 11th July 2019. A limited number of tickets are still available from HERE. Early booking is advised as tickets will be limited.