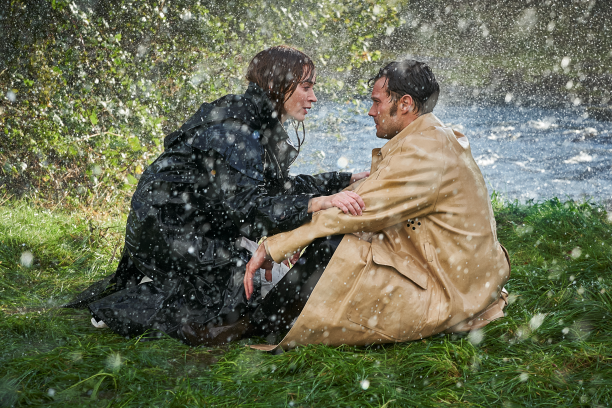 The Western Region Audiovisual Producer’s Fund or WRAP Fund today announced a number of new projects which are expected to generate in excess of €16.8m across the West. The Fund also marked a significant year of growth with a number of high-profile productions. Set up to enhance the level of production across the film, television drama, animation and games sectors in the West of Ireland, the WRAP is now seeing a substantial €12 multiplier on every €1 invested.

Last October, Wild Mountain Thyme caused a stir as international acting talents Emily Blunt, Jamie Dornan and Christopher Walken descended on Co. Mayo. Meanwhile in Lahinch, Co. Clare, television series Smother starring Dervla Kirwan and Seana Kerslake commenced shooting in March and is planned for broadcast on RTÉ One and inclusion in the BBC Studios catalogue for international sales once filming can be resumed. Previously announced projects The Winter Lake, Death Of A Ladies Man and animation Ooops! Back In The Deep End were also produced across the Region in the last twelve months. 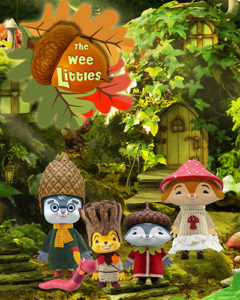 Sarah Dillon, Development Manager of the WRAP Fund, commented “The last twelve months have been a very busy time for the WRAP Fund with extensive high-quality production and development activity in every county in the Region. The recent releases of feature film “Calm With Horses” and international television drama “Normal People” showcase what the West has to offer productions in terms of locations, expertise and support. We have many more exciting productions in the pipeline. The impact of Covid 19 has been hard felt in the Region and we are relying on the Irish government to look favourably on the request of the Western AV Forum to extend the Regional Film Development Uplift. This would be a very positive measure to jumpstart production and send out the message that the West is open for business again once it is safe.”

Building For The Future

In tandem with its production investment, WRAP is announcing the recipients of a number of rounds of development investment to assist local producers to develop projects that can undertake production within the region in the future. Companies based in Clare, Galway, Mayo, Roscommon and Sligo have all received support. These include:

WRAP is the only fund in the Republic of Ireland to invest in the games sector. In addition, a company micro loan was awarded to Studio Meala in Roscommon and WRAP backed three Co. Galway companies, Abú Media, Danú Media and Tua Films to develop Irish language television dramas for young people through a joint development scheme with TG4, Fís Éireann/Screen Ireland and the Broadcasting Authority of Ireland. A new call for development investment applications is now open with a deadline of June 17th, 2020.

Tomás Ó Síocháin, CEO of Western Development Commission, said; “the Creative Economy is both an economic driver and a significant calling card for the west of Ireland at home and abroad. Our policy analysis, the development of the Atlantic Economic Corridor and a regional network of creative hubs in conjunction with GMIT complement the work of the WRAP Fund to sustain and grow the Creative Economy in the region into the future.”

Like so many other industries, the audio-visual sector has experienced huge disruptions as a result of the Covid-19 pandemic. With all production activity now stalled, the WRAP Fund as part of the Western AV Forum has made a formal request to the Irish government to extend the additional 5% available through the Regional Film Development Uplift of the Irish tax credit Section 481. Due to taper to 3% in 2021, the Regions have not benefited from the intended production increase and infrastructural development promised from the initiative. The Western AV Forum strongly advocate that an extension of the uplift would provide a much-needed degree of certainty, and will not only encourage current and future international productions to return and remain in the Regions for the duration of their productions but also critically support indigenous production activity and Irish producers who have been hardest hit by this crisis.

Alan Duggan of the Galway Film Centre said “The WRAP Fund has already made a significant contribution to the creative economy of the West with in excess of €16.8m anticipated spend in the Region. This represents a substantial return for the eight local authorities and UnG supporting the Fund. Galway Film Centre is delighted to continue to work with the WDC and our local partners to carry this invaluable initiative forward and create more opportunities for local talent through 2020 and beyond.”

Psychological drama set in the West of Ireland.

MY SAILOR, MY LOVE

Grace struggles to manage her work and private life while caring for her ageing father, Howard. The retired sea captain has withdrawn from the world into his home on the Irish west coast. Howard shows little gratitude for her efforts to help him to continue living at his own home. Hoping not to spend every free moment driving back and forth to see her father, Grace hires a retired woman, Annie, to assist him.

At first the proud Howard is reluctant to accept help. But he soon finds himself feeling better due to Annie’s infectious good mood. To his surprise, he finds himself missing her when she is not around. What first grows into a respectful friendship between two widowed persons soon turns into love.

Feeling betrayed, Grace challenges Howard. The already strained father-daughter relationship turns into a fierce battle as Grace becomes increasingly afraid that she has no place in her own home…

A devoted mother, Val Ahern, is determined to protect her family and particularly her three daughters, Jenny, Anna and Grace, at any cost. When Va’s husband Denis, is found dead at a foot of a cliff close to their West of Ireland home the morning after a family party, Val begins to interrogate the events that unfolded the night before. Val explores Denis’s relationships with his children, step-children and his siblings in order to find out who might have been responsible for his brutal, shocking death. The deeper she delves into her family’s secrets the more she realises how her late husband’s controlling, manipulative behaviour had a deep effect on each member of the family.

The Wee Littles is a digital stop motion preschool series about a very small family living in a great big world overcoming their size by using creativity, teamwork and humour.

A madcap love story with soaring lyricism, Wild Mountain Thyme is set against the breath-taking landscapes of rural Ireland, where everyone is half mad with loneliness or love, and the weather is terrible. Anthony and Rosemary are star-crossed lovers, whose families are caught up in a feud over a holy contested patch of land that separates their two farms. Anthony (Dornan) always seems to be out in the fields working, worn down by his father’s constant belittling. But what really stings is his father’s threat to bequeath the family farm to his American cousin Adam. Rosemary (Blunt) at first seems to hold a grudge for having been shamed by Anthony in childhood, but the sparks between them would keep a bonfire blazing through the night. Her mother Aoife strives to unite the families before it is too late. Just when we think Anthony will pluck up the courage to face up to his repressed feelings, cousin Adam (Hamm) steps in with a plan to sweep Rosemary off her feet, romancing her over a magical 24 hours in Manhattan. But true love is never defeated!”