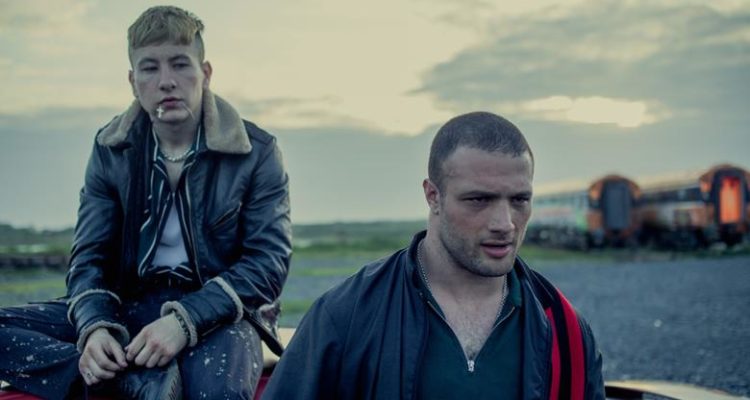 To mark the highly anticipated digital release of Calm With Horses on Monday 27th April 2020, WRAP is giving you a glimpse at some of the locations from the region that feature in the film.

The critically acclaimed thriller is available to pre-order on iTunes and on Sky Store, Amazon Video, Google Play, BT, Virgin Media, BFI Player, Curzon on Demand, Volta and Rakuten in the UK and Ireland from April 27th.  With support from the Western Region Audiovisual Producers Fund (WRAP), the filmmakers undertook an extensive search of the West of Ireland to find the perfect locations, eventually shooting across Clare, Galway City and Galway County.

Director Nick Rowland felt that shooting in the WRAP Region gave the story an epic quality, “nature is a big part of the story and kind of elemental like the town and the characters, as well as, the beaches and vast Connemara Mountains, or the Atlantic Ocean beating against Kilkee. We felt very lucky to have those locations. It just makes everyones’ jobs easier”.

Kilkee, Co. Clare doubles for Glanbeigh, the fictional rural setting of Mayo writer Colin Barrett’s novella from which the film is adapted. Kilkee’s Georges Head, Murphy’s Bar and Atlantic View all feature in the film.  The Twelve Bens Mountains in Connemara, Co. Galway also supply a breathtaking backdrop to the high octane car chase scenes of the film.

Other WRAP Region locations include:

Calm With Horses stars Barry Keoghan, Cosmo Jarvis, Niamh Algar and local actors Kiljan Moroney and Simone Kirby, was adapted by Joe Murtagh from the novel by Colin Barrett, directed by Nick Rowland and produced by Dan Emmerson, Rory Gilmartin and Kate Glover. It is a DMC Film, Element Pictures production with finance from Altitude Film Entertainment, Film4, Fís Éireann/Screen Ireland and the WRAP Fund. The production received location assistance from the Arts Office of Clare County Council and ScreenWest.

For more news and updates on the film, see www.calmwithhorses.ie.